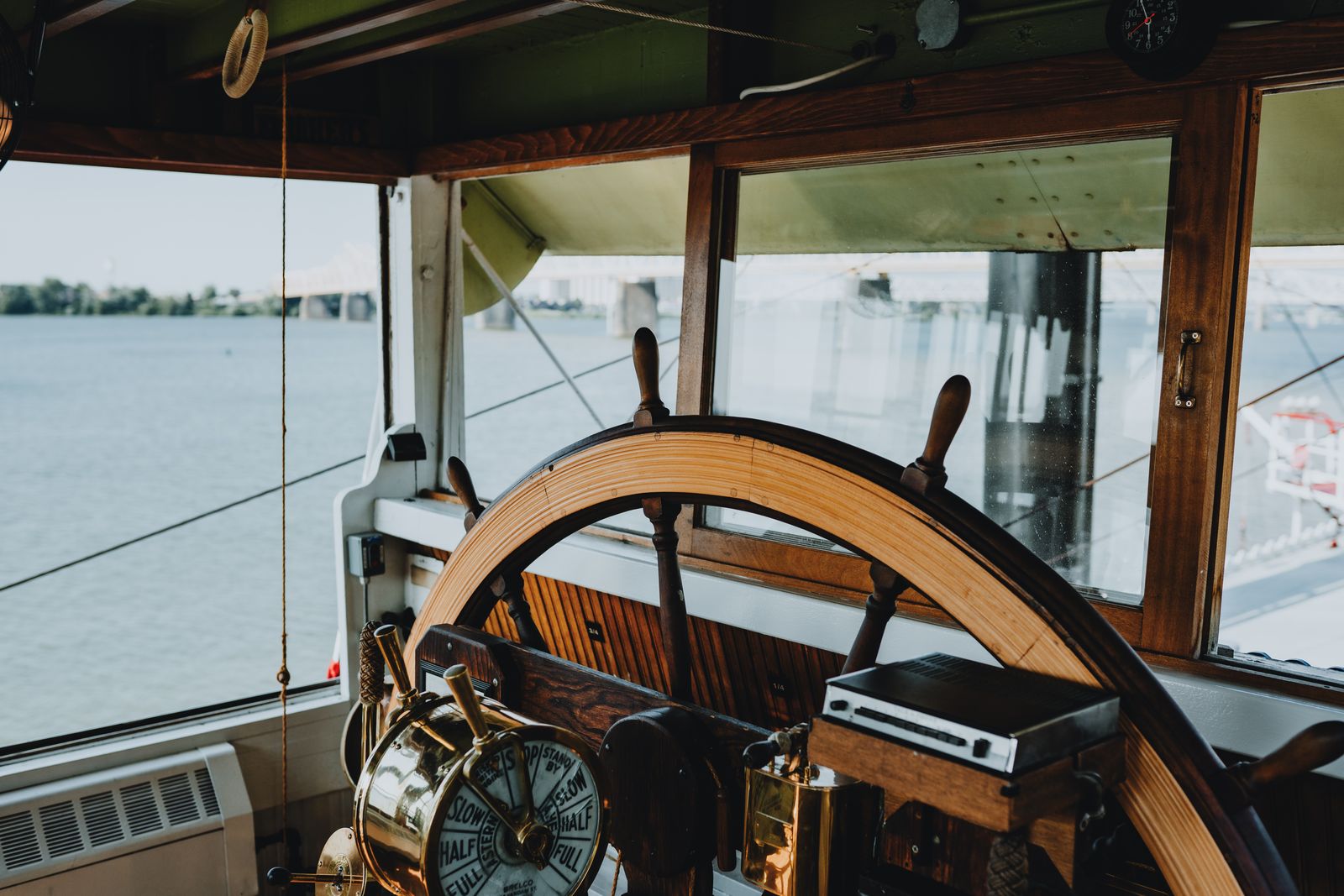 There is more to Louisville than bourbon and horse racing. Experience River City from a riverboat! 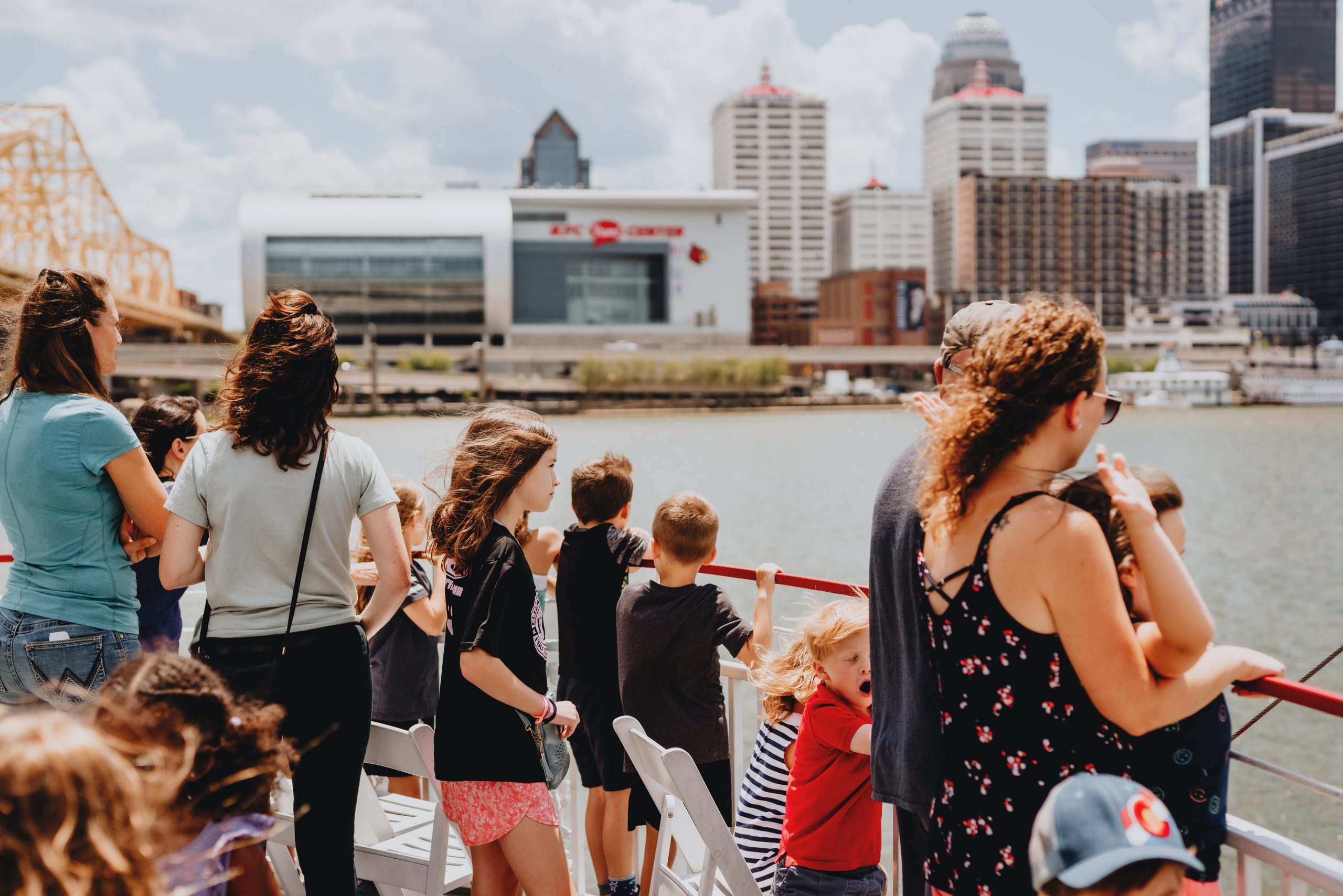 Louisville, Kentucky is visited by 16.4 million tourists every year and with so much to do and see around the city, there is no wonder why! From the famous Kentucky Derby to the Urban Bourbon Trail, visitors will never grow bored here—but there is more to this city than bourbon and horse racing. In fact, Louisville is home to the oldest operating Mississippi River-style steamboat in the world, the Belle of Louisville! Home to three vessels (including two riverboats), Belle of Louisville Riverboats is a must-visit location for every Louisville tourist because it offers a unique history, a variety of cruises and views from the Ohio River you cannot find anywhere else. 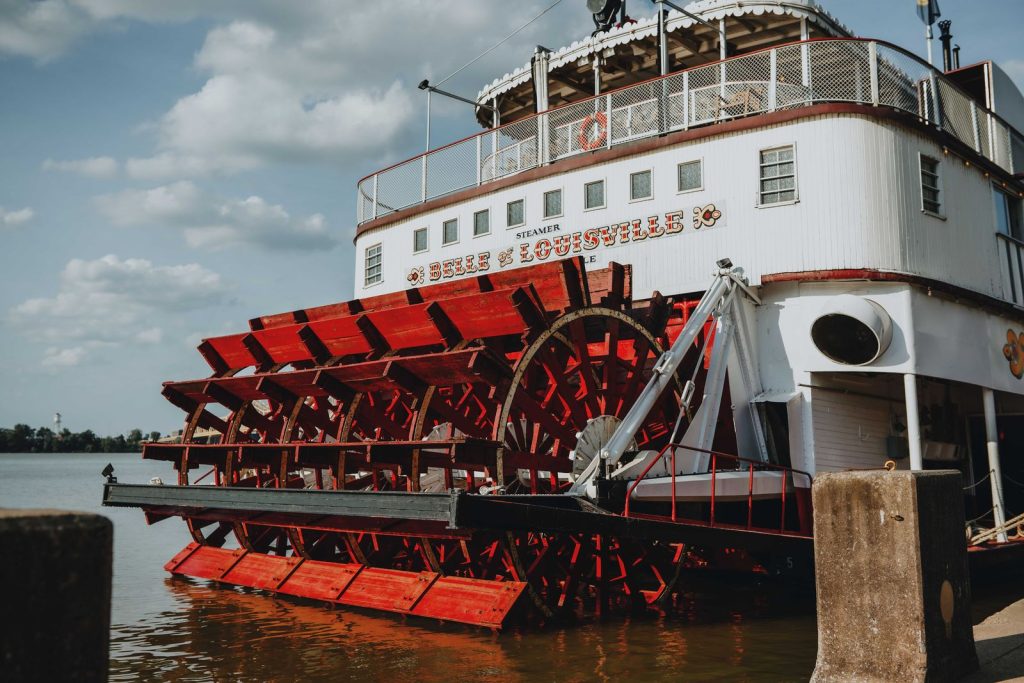 home to an authentic steamboat from 1914

Originally named the Idlewild, she was built by James Rees & Sons Company in Pittsburgh, Pennsylvania in 1914. Over the next few decades, the Belle held several jobs: a packet (freight) boat, ferry and excursion boat and a USO Nightspot, before switching to excursions-only in the 1930s. After being renamed the “Avalon” in 1948 (to grant the dying wish of Captain Ben Winters), the vessel continued to offer excursions before being sold at auction in 1962 to Jefferson County Judge Executive Marlow Cook, thereby becoming the Belle of Louisville.

When guests step aboard this historic vessel, they step into a piece of history, where they can listen to the calliope play while boarding, as was historically done to call people down to the river to take a river cruise. Guests can also visit the historic Engine Room, talk to the engineers and watch 19th century technology at work. Even more, guests can also visit the Boiler Room and talk to the fireman about how steam is created for the steam engines. To top it off, guests can meet the captain and crew and visit the Pilot House (on select cruises). 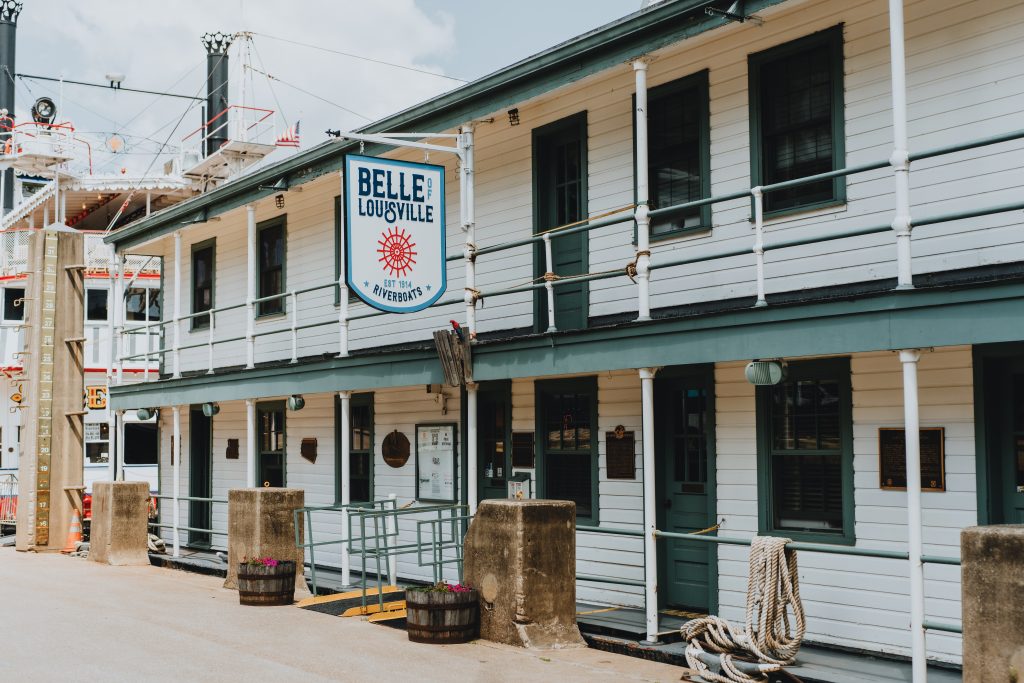 You may know that the Belle of Louisville is a historic vessel, but did you know that the wharf boat—Mayor Andrew Broaddus—is also a National Historic Landmark? Built in 1929, Mayor Andrew Broaddus is known for being the only remaining inland lifesaving station, as well as serving as a headquarters and inspection station for the United States Coast Guard until 1972, when the vessel became a river police facility. In 1981, the vessel moved slightly downriver to become the wharf boat for the Belle of Louisville.

Now serving as the Ticket Office and Gift Shop for Belle of Louisville Riverboats, guests can step inside to purchase cruise tickets, get their lighthouse passport stamped and shop for unique gifts and souvenirs, such as décor made from recycled, authentic paddlewheel wood and art prints made by local Louisville artists! 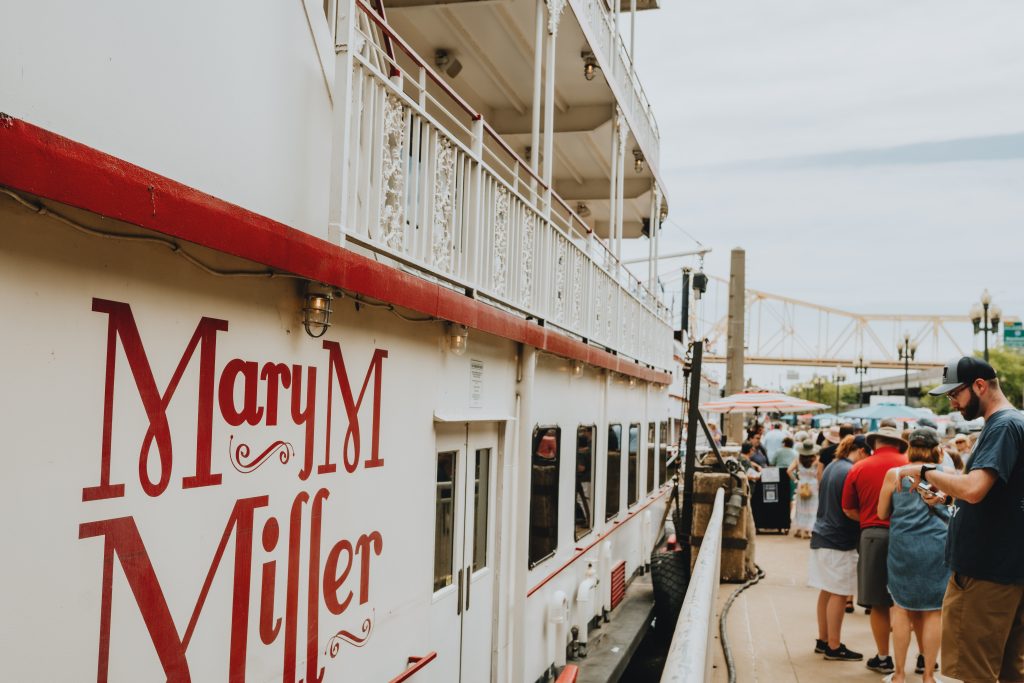 The second riverboat at Belle of Louisville Riverboats is the Mary M. Miller, which was built in 1985 and is named after Mary Millicent Miller, a Louisville local who made history in 1884 when she was named the first licensed female steamboat captain in America (a controversial federal government decision at the time). 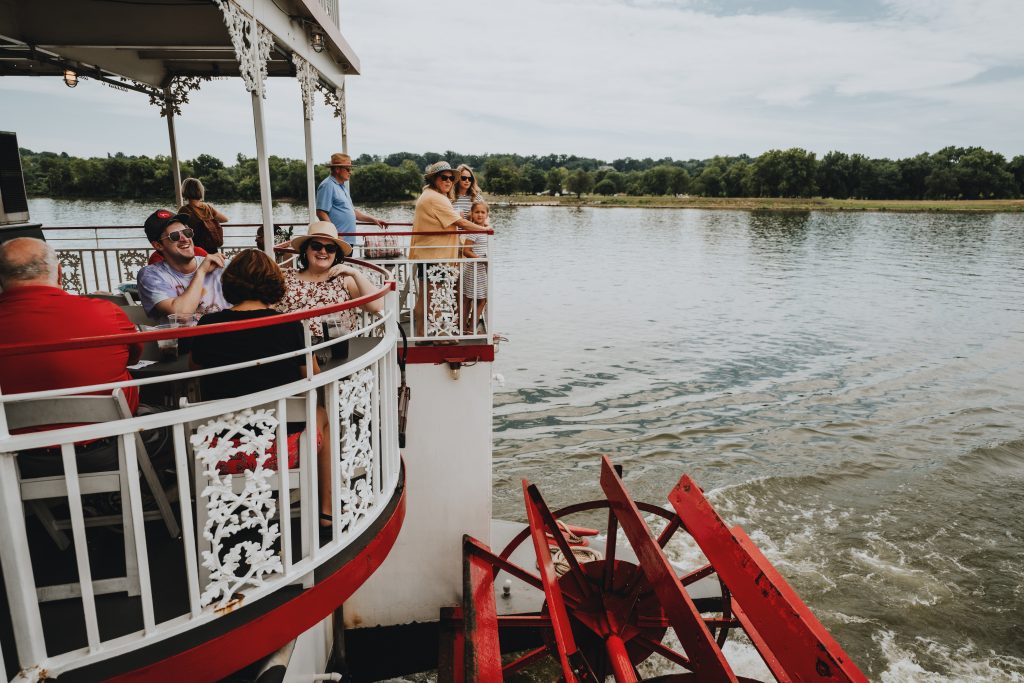 see louisville from a new perspective

how to plan your trip to belle of louisville riverboats

There are hundreds of things to do in the city of Louisville, but there is only one Belle of Louisville Riverboats. From cruising on a historic steamboat to learning the legacy of Mary M. Miller to stepping aboard a historic U.S. Coast Guard facility, there is something for everyone! Come aboard and experience Louisville from a new perspective while picking from one of the many available cruises, including sightseeing, dining, kids cruises and more! Just sit back, relax and enjoy the city of Louisville from out on the water. 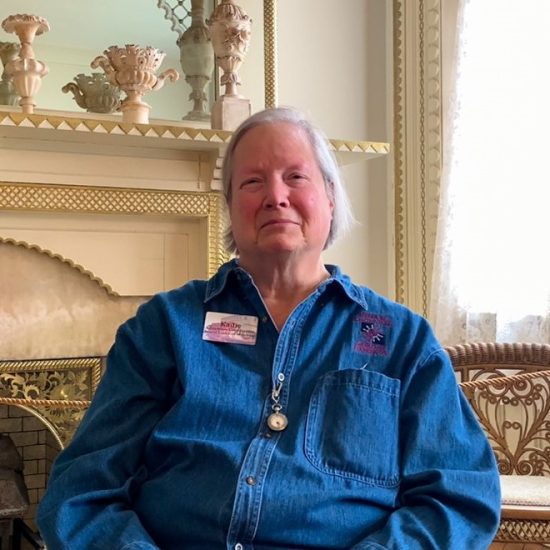 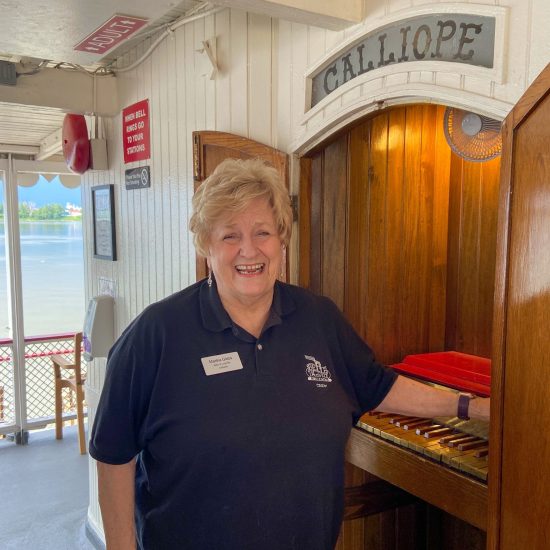