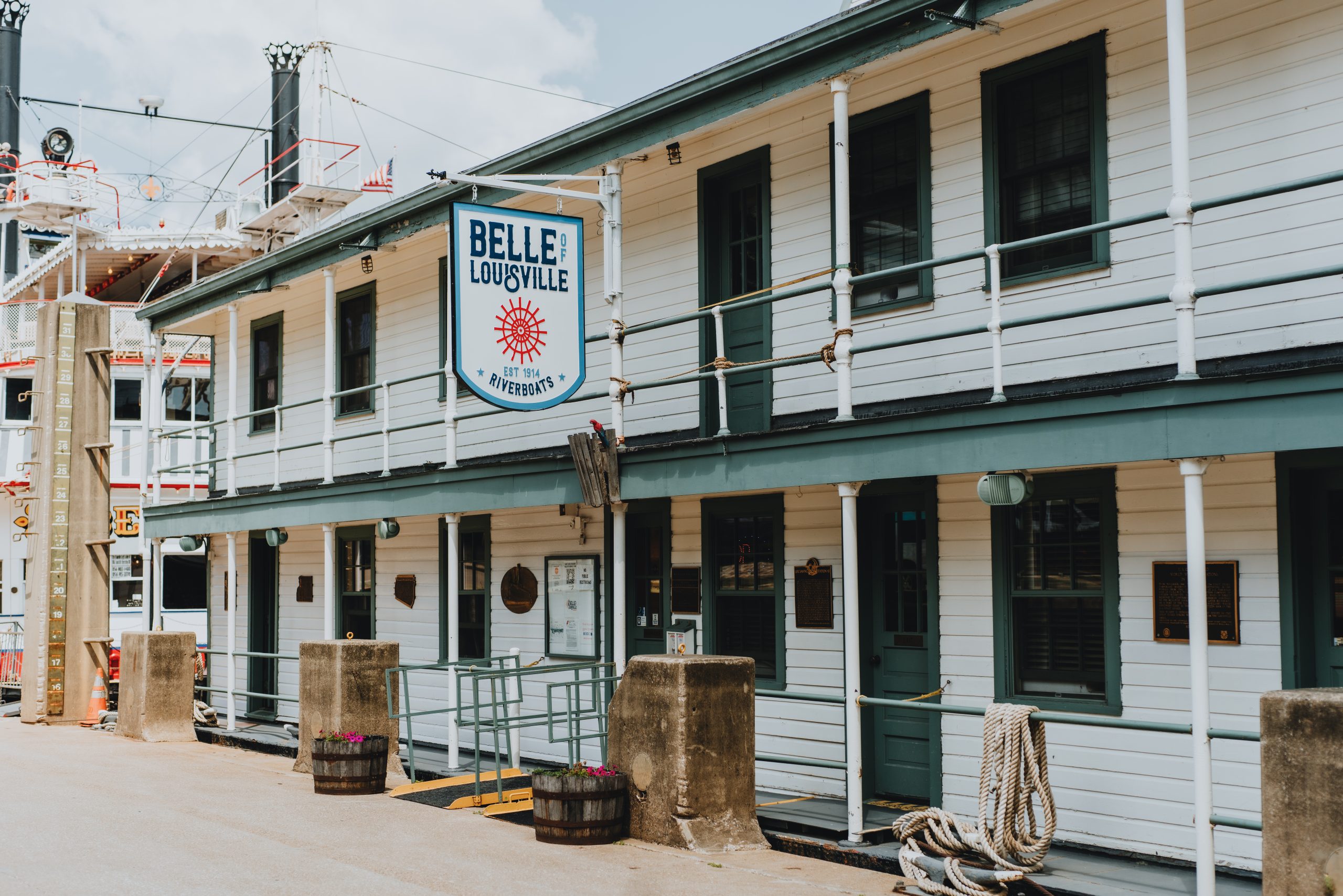 You may know it as the Belle of Louisville Riverboats Ticket Office, but you probably didn’t know the Mayor Andrew Broaddus, also known as “Life Saving Station #10, is also a National History Landmark with a history all its own.

During the 1870s, many boats were lost going through the Falls of the Ohio, the most dangerous hazard on the Ohio River. Three volunteer river boatmen began doing rescues at the Falls in 1876, and five years later the first inland Life-Saving Station was established at the foot of Second Street in Louisville.

Life-Saving Station #10 was built at Jeffersonville, IN, and was opened for business on November 4, 1881. The first station was built with a wooden hull; when it wore out, it was replaced in 1902 by one built by the Howard Shipyards at Jeffersonville. When the second wooden-hulled station also wore out, it was replaced in 1929 with a steel-hulled boat built at Dubuque, Iowa, the vessel you can see today.

In 1915, the Life-Saving Service and other Federal agencies blended to become the United States Coast Guard. Added responsibilities caused LSS #10 to become a group headquarters and inspection station (#276) for the new Coast Guard while life-saving operations continued. In the 1960s and 1970s, as the demand for Coast Guard assistance in search and rescue diminished severely, budget cuts caused Life-Saving Station #10 to be decommissioned on October 1, 1972. She was transferred to the City of Louisville and Jefferson County and renamed the Mayor Andrew Broaddus, then served as a river police facility through the 1970s.

In 1981, the City of Louisville moved the vessel slightly downriver to the foot of Fourth Street to become the wharfboat for the historic steamboat, the Belle of Louisville, and in June, 1989 she joined the Belle in becoming a National Historic Landmark.

Today she is the only remaining inland Life-Saving Station in the United States – truly a one-of-a-kind reminder of the importance of the Life-Saving Service and a testament to the many heroic men and women who served on her.